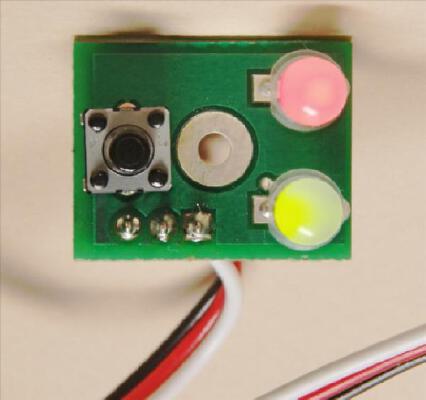 Bicolor Fascia Controller for SwitchWright/Quad/QuadLN/Octopus II/Octopus III
This controller is identical to the above controller except that it has two Red/Green Bicolor LEDs instead of the 2 yellow LEDs.  Each LED alternates between red and green so both LEDs are lit whereas in the regular yellow LED controller one LED is on at a time.  The LED colors in photo are a bit washed out due to the limits of photography. Other than the LEDS it is identical to the single-color Fascia Controller.